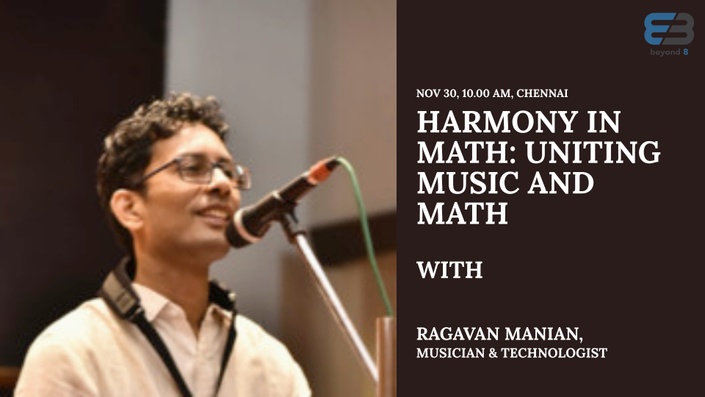 This course will help you recognise patterns in music - melodic (ragas and modes), rhythmic (talas and time signatures), and chord progressions correlate musical patterns with fields of study ranging from poetry (rhyme and meter) to population growth (Fibonacci sequence).

At the end of this session, you will appreciate

The course has no pre-requisites. You could be an aspiring artists, poets or a scientists . It will also be relevant for those who are keen to pursue a career in music 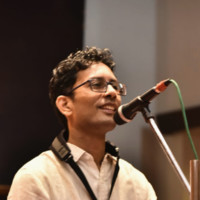 Ragavan has spent over 15 years in the fields of Computer Data Networking and Embedded System Design, and around 5 years in Music Education and General Education. As the Head of R&D at Imagin8ors Pte Ltd, he put on his tech tinkerer hat to create curriculum-aligned, STEAM-driven innovative educational activities for children.

He started his Data Networking career at FORE Systems, Warrendale Pa. Later he moved to Silicon Valley. He worked in Cisco Systems as a Senior Dev Engineer, and later at Marvell Semiconductors as Apps Engineering Manager for Wireless Systems.

Since 2011, his work in India has ranged from product management and operations to music curriculum, content delivery, and app-based activity development.

Harmony in Math: Uniting Music & Math
Available in days
days after you enroll

When does the course start and finish?
The course starts now and never ends! It is a completely self-paced online course - you decide when you start and when you finish.
How long do I have access to the course?
How does lifetime access sound? After enrolling, you have unlimited access to this course for as long as you like - across any and all devices you own.
What if I am unhappy with the course?
We would never want you to be unhappy! If you are unsatisfied with your purchase, contact us in the first 30 days and we will give you a full refund.
off original price!