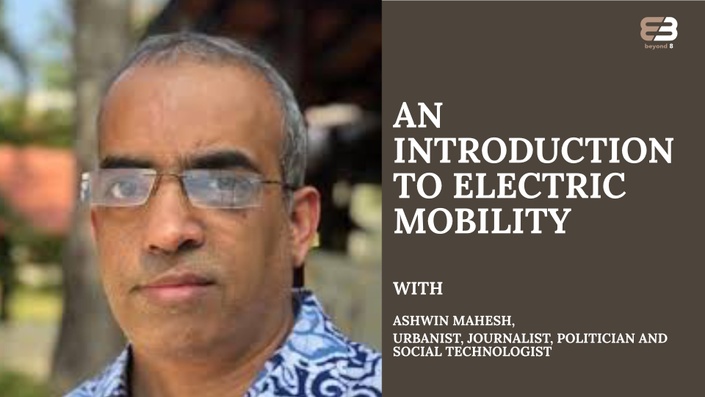 An Introduction To Electric Mobility

What is electric mobility and the changing dynamics of this future-oriented market.

Electric Mobility includes all street vehicles that are powered by an electric motor and batteries that can be recharged externally. While we are still some years away from mass adoption, the Indian government is trying to encourage adoption of electric mobility through a number of policy initiatives.

In this session you will get an introduction to what is electric mobility and the changing dynamics of this future-oriented market.

At the end of this session, you will :

The course has no pre-requisites. Anyone who is curious about clean energy, energy efficiency, sustainable urban transport and climate policy and technology can attend. 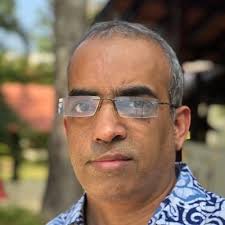 Ashwin Mahesh is an urbanist, journalist, politician and social technologist based in Bangalore. After his education in atmospheric science (PhD) and astronomy (MS), he worked as a climate scientist at NASA before switching to a career in governance reforms and urban development. In 1998, he co-founded India Together, an online magazine that covers public affairs, policy and development in India. He co-founded & is the CEO of Mapunity, a social tech company in Bangalore, that develops IT-led solutions to social problems and development challenges in India.

In October 2014, he co-founded India's first 100% Electric Vehicles-based transportation service, Lithium, which began deploying electric vehicles to serve the employee transportation market in Bangalore. He also helped establish the Centre for Public Problem Solving, an action-research group for building capacity in public administration and planning. Ashwin becomes a driving force behind numerous urban development projects in Bangalore including rationalisation of the BMTC bus service, traffic management solutions, cleaning up and preservation of lakes. He was also part of the Agenda for Bengaluru Infrastructure and Development Task Force (ABIDe).

First Section
Available in days
days after you enroll

When does the course start and finish?
The course starts now and never ends! It is a completely self-paced online course - you decide when you start and when you finish.
How long do I have access to the course?
How does lifetime access sound? After enrolling, you have unlimited access to this course for as long as you like - across any and all devices you own.
What if I am unhappy with the course?
We would never want you to be unhappy! If you are unsatisfied with your purchase, contact us in the first 30 days and we will give you a full refund.
off original price!